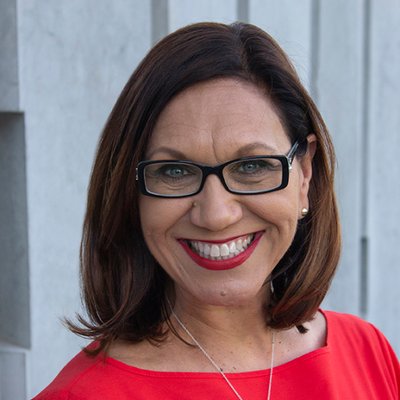 Anita is a proud member of the Wiradjuri nation of central New South Wales, and is one of Australia’s most prolific and well-known authors, publishing across genres, including non-fiction, historical fiction, commercial fiction and children’s novels. She is also a marathoner!

Anita’s other published works include the historical novel Who Am I? The Diary of Mary Talence, Sydney 1937, non-fiction text Dhuuluu-Yala (To Talk Straight) – Publishing Aboriginal Literature, and The Macquarie PEN Anthology of Aboriginal Literature which she co-authored with Peter Minter.

Her adult fiction includes Not Meeting Mr Right, Avoiding Mr Right, Manhattan Dreaming, Paris Dreaming and Tiddas. Her most recent books include Barbed Wire and Cherry Blossoms which was longlisted for the Dublin International Literary Prize and the anthology Growing Up Aboriginal in Australia which Anita edited, was named the Small Publisher Adult Book of the Year at the 2019 Australian Book Industry Awards.

As an advocate for Indigenous literacy, Anita has worked in remote communities as a role model and encouraging young Indigenous Australians to write their own stories. On an international level she has performed her own work and lectured on Aboriginal literature across the globe at universities and conferences, consulates and embassies in the USA, Canada, the UK, Tahiti, Fiji, New Caledonia, Spain, Japan, Austria, Germany and New Zealand.

Anita is proud to be a Lifetime Ambassador for the Indigenous Literacy Foundation, and an Ambassador of Worawa Aboriginal College, the GO Foundation and the Sydney Swans.

She is on the Board of the State Library of Queensland, and in recent months was appointed a Professor of Communications at the University of QLD.

What Anita can do to assist you: