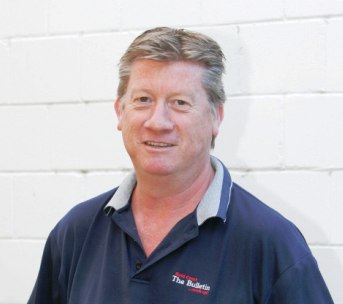 Michael's first novel, Windmill Hill (Hodder) in 2002, and second, Always East (Hodder) in 2004 were both national best sellers.  While circumstances prevented Michael from writing more novels after Always East, those have now been overcome and Michael is happily writing fulltime again and completing his third novel.

Until July 2012, Michael was the senior feature writer at the Gold Coast Bulletin.  His newspaper column, The Informer, ran for many years during which time Michael has been the recipient of several journalism awards and market research confirmed it as one of the most popular parts of the newspaper.   People he has interviewed include movie stars, rock stars, Prime Ministers, Olympians, authors, master criminals, dedicated cops, various victors and victims, and hundreds of so-called 'ordinary' people whose stories are so important and revealing.  The anecdotes he has gathered over more than 30 years - he has interviewed everyone from Ronald Biggs (on the phone from Rio), Jeffrey Archer, Douglas Adams, Sir Peter Ustinov, John Cleese, Peter Carey, John Howard, Bob Hawke, Ricky Ponting, Kathy Lette, Layne Beachley, Susie O'Neill, Edward de Bono, William McInnes, Tim Winton, David Malouf and Princess Diana outside a toilet block at Launceston High School -  make for fascinating listening.

When you book Michael, he can offer years of experience in journalism which has afforded him the opportunity to meet, study and write about a gamut of people, places and events. It has also given him an invaluable insight into character that he has used in his own novels and can be passed on to others. Covering the Queensland floods in 2011 gave him an entirely new perspective on the human condition that he has brought into his current project, the writing of his third novel. He can advise on interviewing techniques, writing style, the importance of editing, writing for short works and novels drawing on his extensive experience as a journalist and writer.

Michael loves great literature, despises the music of Neil Diamond, and is married with two children, neither of whom show any interest in leaving home.