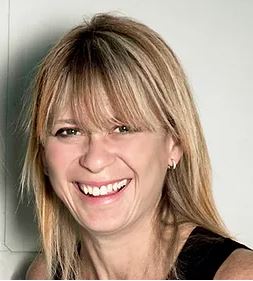 Shannon Horsfall is an author and illustrator based in Australia but living in fairyland. Her head is a mess of stories, pictures and the occasional cake recipe. She loves to draw, doodle, dream, design, imagine, write, dance, sing (badly), scribble, splatter & cook. Although she is not young, she is very much a child. (Or immature, depending on how you look at it.) She is always creating and is keen as English mustard to work on projects with schools, festivals, authors, teachers, illustrators, collaborators, publishers and other species. She is regularly booked for speaking engagements in schools, libraries and at festivals and is passionate about literacy and the arts. She has published a number of picture books including Was Not Me, published by HarperCollins in July 2016, and shortlisted for Speech Pathology Australia's Book of the Year, Nomax, published by HarperCollins in June 2017 - a CBCA Notable Book for 2017 and illustrated Dear Santa, published by Scholastic in 2018, and another by Hachette due for release in July 2019. Her adult fiction short story Doomed was published in the University of the Sunshine Coast anthology Unravel in 2018 and she illustrated Issue 259 of WQ Magazine for Writers Queensland in 2017-2018. Her awards also include BAD and AGDA awards for both her graphic design work and illustrations.