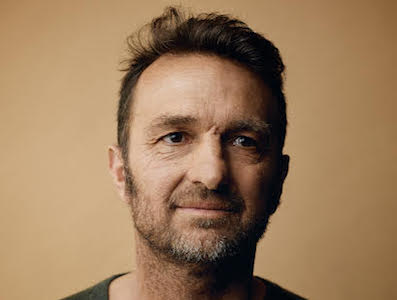 Tim provides a unique voice and the opportunity to use surfing as a portal through which to get kids interested in history and notions like national identity, our relationship with the coast and the beach, and the changes in social attitudes over time.

Century of Surf"(Random House, 2013) a history of Australian surfing to mark the centenary of the great Hawaiian surfer and Olympic gold medal swimmer Duke Kahanamoku's historic visit to Australia in 1914.

Tim's latest Book The Rip Curl Story (Random House 2019) is the history of the iconic, homegrown, Australian surf brand to mark their 50th anniversary.  It is the remarkable tale of two young surfers - Doug 'Claw' Warbrick and Brian Singer - who pursued an audacious dream to make a living in pursuit of the ultimate ride.

Tim is a former editor of Tracks and Surfing Life magazines, and former editorial director of Morrison Media.He has won the Surfing Australia Hall of Fame Culture Award three times and was nominated for the CUB Australian Sports Writing Awards.

His work has appeared in Rolling Stone, Sydney Morning Herald, Australian Financial Review, Inside Sport, Playboy, GQ, the Surfers Journal, Qantas - the Australian Way, as well as surf magazines around the world.

He has appeared at the Sydney and Byron Bay Writers Festivals, and conducted writing workshops for adults and school children at the Hunter and Northern Rivers Writers Centres and schools across Australia.

He wrote the children's play "The Surfer and the Mermaid" for the Gold Coast arts festival, Bleach 2012, and conceived and presented the coastal walk and exhibition, "The Longest Wave," for Bleach 2013. He has been a keynote speaker for the Australian Primary School Principals' Association and the Edge Leadership Conference at the Southport School.

Tim lives in Currumbin with his wife and two children.  He describes himself as a student of cancer and is also involved in writing and public speaking about his experience of living with cancer.

Waking up from Cancer

He remains in excellent health and follows a dedicated regime of meditation, yoga, pilates, a plant-based diet and plenty of surfing, as well as conventional treatments, and is passionate about empowering others facing a cancer diagnosis to live full and active lives.

Tim Baker has managed to make a career out of his two favourite activities – surfing and writing. Discover the whole far-fetched, fortuitous route Tim took from a kid growing up in the land-locked eastern suburbs of Melbourne to writing best-selling biographies of some of our greatest surfing champions – Mick Fanning, Mark Occhilupo, Wayne “Rabbit” Bartholomew and Simon Anderson. Along the way he’s edited Australia’s top two surfing magazines, written a history of Australian surfing, won the Surfing Australia Hall of Fame culture award three times, written a travel memoir about driving around Australia with his family of four and surfed and travelled all over the world. A love of story and wave-riding have been the driving forces throughout and, in many ways, they offer similar life lessons of spontaneity, intuition, adapting to change, trusting your instincts and following your bliss.

Bringing real life stories to the page is a delicate and complex craft that requires an intimate and trusting rapport between writer and subject or, in the case of writing about your own life, a willingness to reveal your vulnerabilities and uncomfortable truths. Tim has written best-selling biographies with some of our greatest surfing champions and in each case has delved deep into their family histories, their deepest motivations and fears, and brought their stories to life in vivid detail. He seeks to discover the real person behind the public persona, to build trust and glimpse the essence of each character in unguarded moments as well as their most public victories and defeats. Drawing on his experiences working with world champions Mick Fanning, Mark Occhilupo and Wayne “Rabbit” Bartholomew, Tim shares anecdotes from these intense, one-on-one collaborations and the lessons learnt along the way.

In many ways, Tim Baker appeared to be living the dream – forging an unlikely career combining his two favourite activities, surfing and writing, with a beautiful family, a home with a view of the surf and walking distance to the beach, and having surfed and travelled all over Australia and around the world over the past 30 years. That all changed on July 7, 2015, when he was diagnosed, out of the blue, with advanced prostate cancer, radically upending his life and propelling him on a journey of personal discovery and healing. Twelve days later, he watched on with the rest of the world as three-time world surfing champion, Mick Fanning, was knocked from his board by a great white shark during the final of a world tour contest in Jeffreys Bay, South Africa. Mick famously survived his confrontation with mortality by turning to face the shark, landing a couple of punches and living to tell the tale. Tim took inspiration from his famous friend’s will to live in forging his own self-styled path to maintain good health and quality of life, combining conventional treatments with profound lifestyle changes, while facing the challenge of living with cancer.

In 2017, Tim was commissioned by iconic Australian surf brand Rip Curl to write a book documenting their company’s rich history to mark the impending 50th anniversary of their beginnings back in 1969. Tim spent 18 months interviewing around 80 characters across five continents to piece together the remarkable story of how two mates in a garage in the sleepy coastal back water of Torquay launched the most enduring surf brand in Australia. The resulting book, The Rip Curl Story, (Penguin Random House) was launched with great fanfare at the legendary Rip Curl Pro at Bells Beach to widespread acclaim and has since been reprinted twice. Tim spoke at Rip Curl’s own bi-annual international conference in Torquay in 2019 to tell the story behind the writing of the book. And in October, when Rip Curl was acquired by NZ-based outdoors brand Kathmandu, Tim was flown to Christchurch to address Kathmandu’s leadership conference to explain the culture and the history of the Rip Curl brand. Kathmandu CEO Xavier Simonet described Tim’s presentation as a milestone in the history of their company. Tim’s lively, insightful and thought-provoking tales of Rip Curl’s rise from a humble garage startup to an international empire provides an inspirational business primer for general, business and senior high school audiences alike, wanting to understand how this great Australian brand has prospered across five decades.

In this fun, lively and interactive workshop, Tim uses the metaphor of surfing to introduce students to some of the tricks of compelling story telling. Both require spontaneity, intuition, adaptability, and readiness to back your instincts. He explores why surfing makes such great subject matter for story-telling, how it fits the classic, three-act narrative arc of the hero’s journey, and how this understanding can be applied to students’ own stories. Tim uses easy and accessible free-writing exercises to help even the most reluctant writer find joy in the magical process of moving a pen across paper, transmitting thoughts and ideas into vivid prose. Like a wave, great story-telling can pick us up and take us on an exhilarating ride that leads us to places we never could have imagined and it’s that transcendent experience Tim seeks to instil in his workshop participants.

Bringing real life stories to the page is a delicate and complex craft that requires an intimate and trusting rapport between writer and subject. Tim has written best-selling biographies about some of our greatest surfing champions. He seeks to discover the real person behind the public persona, to build trust and glimpse the essence of each character in unguarded moments as well as their most public victories and defeats. Drawing on his experiences working with world champions Mick Fanning, Mark Occhilupo and Wayne “Rabbit” Bartholomew, this workshop offers practical tips on the art of active listening, the primary importance of note taking and developing a keen eye for the telling, quiet moments.

Tim’s children’s book The Surfer and the Mermaid has been delighting young readers for over a decade. But it was a commission from the Bleach Festival, the Gold Coast’s flagship arts festival, in 2012 for Tim to adapt the book to the stage that has given it a whole new life. Originally inspired by stunning images shot by renowned surf photographer Ted Grambeau on location in Tonga, The Surfer and the Mermaid stage production has enjoyed sold out seasons on the Gold Coast, Sydney’s Bondi Pavilion and at the Merrigong Theatre Company in Wollongong. It is returning to the Gold Coast in 2020 and is set to tour nationally. For younger students, The Surfer and the Mermaid can form the basis for a simple storytelling session and discussion of its themes of marine conservation and personal responsibility. For older students it can be adapted to an interactive workshop looking at the process of using imagery to inspire story-telling and how to present fantastical worlds on stage.